“No day shall erase you from the memory of time.” —Virgil

This inscription adorns the 9/11 Memorial in New York City, and many have taken great pains to point out that this quote from Virgil’s Aeneid carries a murderous taint because of its context. Some suggest that the quote, given who said it to whom in Virgil’s text, belongs to a sentiment foreign to the spirit of the 9/11 Memorial, but this merely demonstrates how people can get profoundly trapped in a myth that strictly binds meaning to context, allowing scrupulous literary critical criteria to restrict meaning to the point of choking the breath out of mystery and evaporating creative energy, as if a phrase cannot ever have deep meaning apart from the sacrosanct “original literary context.”

Maybe a phrase can receive a fresh application in a new context.

In the Orthodox Christian Tradition in which I serve as a priest and military chaplain, we sing a solemn hymn at funerals and at the memorials sung on each anniversary of a death: “Memory Eternal.” As we gently kiss the cheeks of family members and friends of those who have departed in death—cheeks soaked in the tears of sorrow, mourning, and the empty feeling of loss—we say, “May his/her/their memory be eternal.”

So here is what I suggest: as we commemorate Memorial Day, let us lift Virgil’s words from the historic and literary context and do what communities of readers have been doing since stories first began to find their place in print; namely, re-contextualize them.

“No day shall erase you from the memory of time” carries with it the same spiritual and emotional weight as “Memory Eternal,” and absolutely nothing says we cannot use Virgil’s words to express our own quiet prayer on behalf of all the warriors who have fallen on the field of battle. We whisper this prayer despite the spurious nature of all war and despite the fact that history has not always been kind to many of the conflicts in which the U.S. has engaged. Regardless of the historical circumstance, warriors answer the nation’s costly call to arms, and all of them deserve to be honored for this. In particular, those who died in battle and whose graves are marked around the world, and those who rest in unmarked plots or whose elements have been completely absorbed into the earth or the vast ocean, deserve sincere, sacred, and solemn remembrance.

To those who have fallen in combat, dying right on the field of battle, or years later from wounds sustained in the fight, we say, with heads bowed and voices low, “No day shall erase you from the memory of time,” and we wish for them “May your memory be eternal.” In doing so, we venerate not war itself—an entity that any sane person would wish into the oblivion of non-existence—but the warriors who have fallen, the light of whose legacy we must never extinguish through neglect or preoccupation. Memorial Day has become a vigil—a watchful refusal to allow the sacrifice of fallen warriors to go unheeded, nor the primary lesson of their sacrifice to be forgotten; namely, the value of placing hope in peace and longing for the day when warriors no longer die at each other’s hands. And so, to our honored dead, we reiterate, “No day shall erase you from the memory of time.” 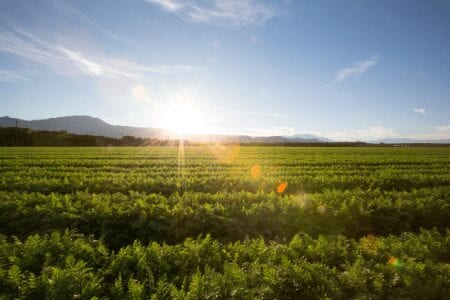 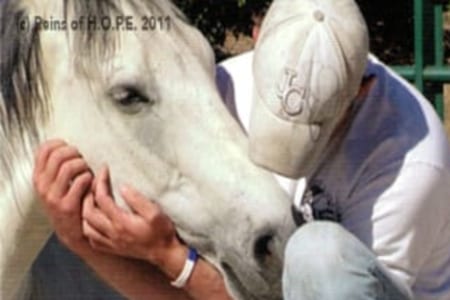 Combat Veterans of All Eras 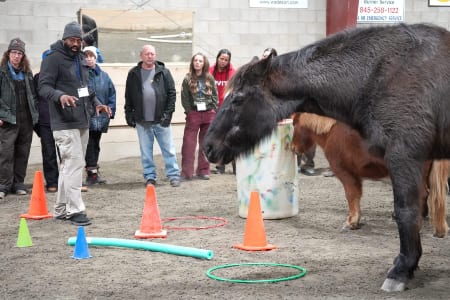 David N. Weinraub is the co-founder and managing partner of BrownWeinraub, New York’s top lobbying firm. He sets the overarching vision for the firm and provides the strategic framework necessary to meet each client’s objectives.

David was a member of Governor Mario M. Cuomo’s senior staff, serving as Director of Legislative and Intergovernmental Affairs. He was also Counsel to Lieutenant Governor Stan Lundine and Director of Regional Services for the Department of State. The common theme of David’s government service – confidential, high level, complex assignments with little margin for error. Throughout his tenure, he was able to manage teams of diverse personnel and deliver victories across program areas and across the state. David was asked regularly to develop campaign plans for a variety of ballot initiatives and to advise on numerous elections at all levels of government.

The firm’s growing list of clients attests in no small part to David’s creativity, prudent judgment and network of key policy makers and political thought leaders throughout the country. He has taught at St. John’s University and serves on various law panels. David is a trustee of the Citizens Budget Commission and serves on the board of the Simon Wiesenthal Center, New York Chapter.

Alex Betke is an attorney and registered lobbyist focusing his practice on Government Relations and Municipal Law, a unique combination of legal concentrations allowing him to meet clients’ needs at all levels of government and to provide innovative resolutions to a variety of legal challenges.

Alex enjoys considerable experience working with the Governor’s Office, the Legislature, state agencies, the Attorney General and the State Comptroller, along with New York’s federal government representatives. His clients range from major industry associations and fortune 500 companies to small businesses and not-for-profit organizations, with work encompassing all aspects of government relations, including legislation, procurement, appropriations and regulatory matters.

Previously, Alex was elected for eight years as the Town Supervisor of the Town of Coxsackie and served several terms as a councilman before holding that post. Based on his experience and exposure to the workings of local government, he established and grew a municipal practice, and continues to serve as general and special counsel to various municipalities.

Alex has been involved in New York State politics throughout his career, serving as an elected state committeeman for the New York State Democratic Party and working on several statewide campaigns. This experience, in addition to his professional work, contributes to and informs his approach to legal matters and increases his effectiveness in advancing client objectives.

David R. Everett is a partner in the Firm’s  Environmental, Municipal and Real Estate Development, Zoning and Land Use, and Energy and Telecommunications Practice Groups. His areas of expertise include land use law, zoning and planning, real estate development, SEQRA compliance, solid waste management and environmental regulations. Mr. Everett routinely lectures on SEQRA compliance, zoning and planning issues and environmental permitting regulations throughout New York State for the N.Y. Association of Towns and N.Y. Planning Federation, among others.

Charles Gottlieb is a Partner of Whiteman Osterman & Hanna’s Real Estate Development, Zoning and Land Use; Environmental; Municipal; and Energy and Telecommunications practice groups. His expertise is in representing residential and commercial developers, religious institutions, non-profit organizations and public utility infrastructure companies to obtain needed land use and environmental permits.  Prior to joining the firm, Charles was an associate attorney at Cuddy & Feder, LLP in Westchester County and previously served as a legal intern for the New York State Department of Environmental Conservation.

Charles is on the Board of Directors of the City of Troy Boys and Girls Club in New York.

Planning and Permitting Mobile Broadband Communications Infrastructure: Is It Time to Amend Your Code? Presentation, Land Use and Sustainable Development Law Institute at Touro Law School, 2015

Municipal Land Use and Legal Considerations Associated With Advancing Technologies That Are Critical To Communities in Transition, Presentation, PACE 2014 Land Use and Sustainable Development Conference Transitioning Communities, Pace Law School, 2014.

Mr. Hubbell is a member of the New York State Bar and a New York State Certified General Real Estate Appraiser.  He is a Practicing Affiliate of the Appraisal Institute and a past board member of the Mid-Hudson Chapter of the Appraisal Institute.  Mr. Hubbell serves on the Board of Directors of Hudson River Housing and is a past president of the organization.

Boyu comes to Vanreusel Ventures from an analyst background, after a 3-year career with Lion Raisins Corp. He spent this time developing models for valuing stock on behalf of investors – drawing on income comparisons, revenue trends, profit analysis, and more.

Now as the Sr. Financial Analyst, he brings all these talents to bear as part of the Vanreusel team. Through trend analysis, modeling, and data management, he keeps our financial models aligned with movement in the markets. Then for clients, he builds sales and revenue forecasts to factor risk and rewards into the decision process.

Born in China, Boyu studied for a BA in Economics at Syracuse University, then a Master of Science in Finance degree at the University of Maryland College Park. Away from work, he plays basketball and loves traveling – experiencing different cultures and food whenever he has the chance.

John Blackburn has over 40 years of experience in the practice of architecture. He received his Master of Architecture and Urban Design degree from Washington University in St. Louis in 1972 and was principal of his own firm from 1976-1979 before joining Keyes Condon Florence Architects as an Associate Architect for four years. In 1983, he founded Smith Blackburn Architects with Robert Smith, AIA and merged with Richard Stauffer Associates in 1987 to form Smith Blackburn Stauffer. In 1995, the firm incorporated and changed its name to Blackburn Architects, P.C.

Mr. Blackburn is the senior principal of the firm and is responsible for overall firm management. His experience includes the management of a full range of project types and services, including programming, existing facility evaluation and master planning, new construction, adaptive reuse, and historic preservation.

Mr. Blackburn has over 30 years of experience in equestrian design and is renowned worldwide as an industry leader. His equestrian projects range from polo barns and thoroughbred-training facilities to therapeutic riding centers and private ranches. Blackburn’s designs rely on the active principles of passive design to encourage animal safety and sustainable facilities.

Mr. Blackburn has co-authored two highly lauded books, Healthy Stables by Design, and American Equestrian Design; both of which focus on the firm's long practice of designing exceptional equestrian properties.

As a Project Manager in Bohler’s Albany office, Tim is a practicing Professional Engineer who helps owners and developers identify opportunities to become accomplished. With a degree in Civil Engineering and Geography from Syracuse University, and more than 9 years of experience in site civil engineering design and permitting fields, Tim leads a growing team of talented engineers and designers who bring clients’ visions to life. Tim drives the development process, guiding projects from due diligence and conceptual design through site design, entitlements, and construction.

Jeff Newman, of Stone Creek Planning and Management, has more than two decades of experience operating and managing large properties, including a 236-acre horse farm and retreat center. He comes to TRR to share his operational expertise as part of the Farm Team.  With a certification in Permaculture Design, Jeff will work to ensure that the site will be not just sustainable, but regenerative in its design.